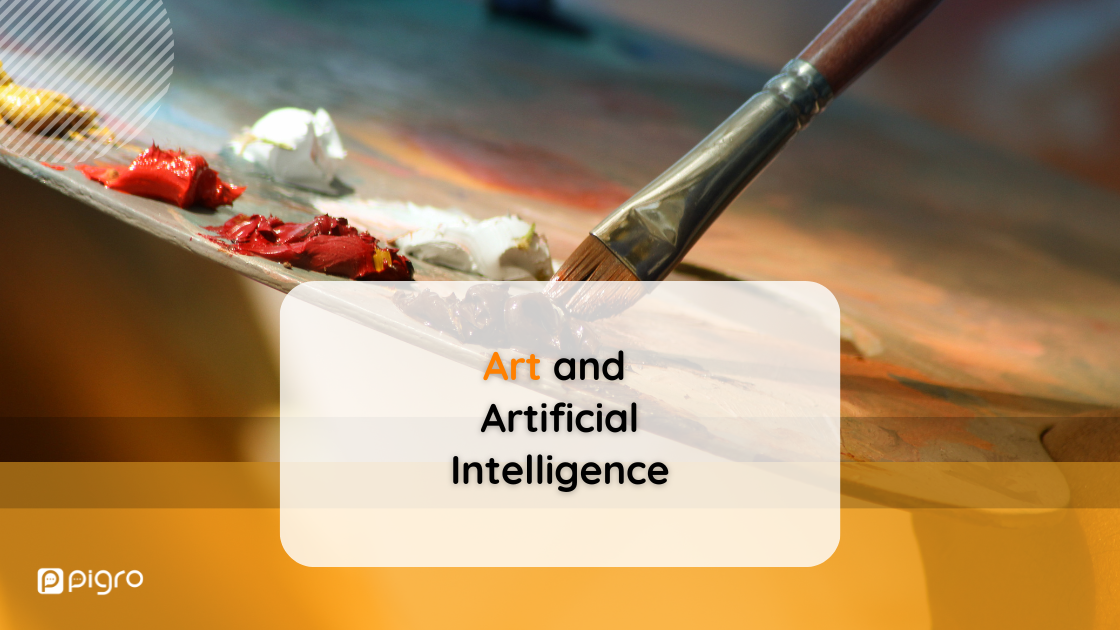 Combining art and technology may seem like an oxymoron: on the one hand one of the highest expressions of science and technological evolution, on the other the creative sector par excellence.

Yet recent years have shown that art and artificial intelligence have more and more things in common.

Technology and art: incompatible or inevitable?

Artificial intelligence has blurred borders and often ends up merging with “unsuspected” fields, such as medicine or law. But of all fields, the one that causes the most stir is certainly art, so much that it has led critics to question the possibility of this union.

Is a work created by an algorithm art? If it has been created by a computer, who owns the copyright?

Art moving from socially recognised canons towards other fields has always been viewed negatively, even in the past.

When Man Ray introduced photography in his works, this innovation was not well seen by critics, to the point that one of his most famous phrases, “Is photography an art? There is no point in trying to find out if it is an art. Art is old-fashioned. We need something else”, is a kind of attempt to legitimise the new medium. Yet today, no one would dare disagree that his are genuine works of art.

Although many still see art as static, the last century has shown that it is constantly changing, incorporating and being contaminated by other sectors, especially those related to technology. One of the most well-known artworks related to artificial intelligence is Edmond de Belamy, which became famous for being sold in 2018 by Christie’s auction house for $432,500.

It was created through the use of an algorithm, by Obvious, a Parisian collective with a mix of skills related to the world of AI and finance, composed of Hugo Caselles-Dupré, Pierre Fautrel and Gauthier Vernier.

There were two main phases in the realisation of the work: first the study, in which the algorithm was asked to analyse 15,000 works created over more than five hundred years, followed by the realisation phase. However, the collective did not ask the algorithm to create just one work, but rather the entire de Belamy family, of which Edmond is the last descendant.

The work is made with ink on canvas. Mario Klingemann – Memories of Passerby I

In Memories of Passerby I, what you notice at first glance are two rectangular screens connected by an old antique piece of furniture. What you don’t see is the computer inside, which generates unique faces inspired by a database of works made between the 17th and 19th centuries.

The portraits are original and are projected onto the two large monitors, lasting only a few seconds before turning into the next work: a succession of constantly changing faces invented by artificial intelligence through a Generative Adversarial Nerwork (GAN). Denis Shirayev – The Birth of Venus

If, as stated at the beginning, artificial intelligence and art can be considered an incompatible pair, Denis Shiryaev further challenges this concept by having AI operate directly on some famous paintings that are unanimously recognised by critics.

“The Birth of Venus” is just one of seven works that Denis Shirayev creates with the aim of revealing the realistic faces of certain masterpieces, along with Leonardo da Vinci’s “Mona Lisa” and “Lady with an Ermine”, Jan Vermeer’s “Girl with a Pearl Earring”, Rembrandt’s “Night Watch”, Frida Kahlo’s “Self-Portrait” and Grant Wood’s “American Gothic”.

The faces are created through the analysis of facial expressions extracted from videos taken from various platforms (such as Youtube and Tiktok) and applied to the famous faces which, for this reason, are not historically accurate.

But the Russian artist has not only used AI in art. He has, in fact, also “restored” the famous Lumière brothers’ film “The arrival of a train at the station of La Ciotat”, processing algorithms that add frames to the pixels of the original film. The Next Rembrandt – Bas Korsten

It looks like a painting made by Rembrant in the 17th century, but it is not. An algorithm has studied over 300 of the Dutch artist’s works, trying to understand his style and peculiarities, and has then created a new painting, printed in 3D and composed of 13 layers of ink, which depicts a subject that never existed.

Although the creator of the work was Bas Korsten, the project was the result of a collaboration between Microsoft, ING Bank, Delft University of Technology, the advertising agency J. Walter Thompson Amsterdam, the Rembrandt House Museum in Amsterdam and The Muritshuis.

This work questions several fundamental elements of art. Can a work of art created by AI excite as much as that of a great painter? Could the one created by the algorithm have been a Rembrant painting? Can a programmer be considered an artist?

For now, we have no answers to these questions, except to recall that so many innovations of the past, which were initially looked upon with disapproval, now belong to the artistic landscape in their own right.

And perhaps this will also happen with artificial intelligence. 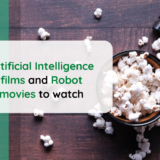 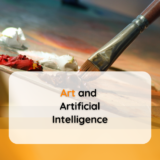 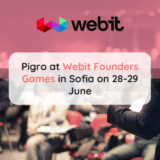 Pigro at Webit Founders Games inside the Webit Global Impact ...